The Centers for Disease Control (CDC) is the best resource for information on the Corona Virus (COVID-19).
​Click the button below to visit the CDC website for the most up to date information on COVID-19
CENTERS FOR DISEASES CONTROL - COVID-19

Welcome to The Association of County Commissioners of Oklahoma!

The Association of County Commissioners of Oklahoma (ACCO) is 231 County Commissioners in all 77 Oklahoma Counties working together for the health, safety and welfare needs of all county citizens. ACCO serves as a statewide clearinghouse for leadership training, educational programming and a comprehensive array of services designed to meet the needs of its member counties.

ACCO Fall Conference has been Cancelled

Your ACCO Board Members with heavy hearts have made a final decision to cancel the ACCO Fall Conference.

The decision was a difficult one, of which we used current health data and information available to us to as the foundation for our decision.   But most of all we must consider the health and well-being of all our members and attendee’s.

Please remember to cancel your hotel rooms if you have already made your reservations.

Oklahoma counties set to benefit from updated roads and bridges improvement plan
Partnership between the state and the counties allows for projects like the Belford bridge over the Arkansas River west of Ralston in Pawnee County to be addressed. Load-posted signs went up after the latest inspection of the more than 2,000-foot-long bridge, limiting the route to less than five tons, which closes the bridge to school buses and truck traffic. If it were left to one county to plan and fund the replacement of the bridge, it likely would not happen.

On Monday, Aug. 3, the Oklahoma Transportation Commission approved the nearly $880 million County Improvements for Roads and Bridges plan that has been updated for State Fiscal Years 2021 through 2025, which is designed to address projects like the Belford bridge. The plan, managed by the Oklahoma Department of Transportation, is set to replace or rehabilitate 313 bridges on the county system – of which 151 are structurally deficient or functionally obsolete – and to improve 585 miles of county roads in the next five years.

“Oklahoma’s county road network accounts for 60 percent of the state’s bridges and 73 percent of its centerline miles on our state’s transportation system and this funding is fundamental to keeping the ‘off-system’ infrastructure online for years to come,” said Tim Gatz, Oklahoma secretary of transportation and ODOT executive director.

The plan is comprised of 209 projects with all 77 counties represented. The department works with the counties’ eight Circuit Engineering Districts to prioritize projects of the highest need in each county and make the most of state, federal, local and tribal funding sources. The plan allows counties to work together to pool resources to address high-priority projects too large for any one county to accomplish. By law, ODOT administers the plan and partners with the counties to oversee the state and federal funds incorporated into many projects.

“The Belford bridge and projects like it symbolize how significant the CIRB program is for sustaining the transportation access Oklahomans rely on daily,” said Shelly Williams, ODOT Local Government division engineer. “This bridge has been in need of replacement for many years. Rebuilding this connection could not happen without the CIRB.”

The $13.3 million bridge replacement project is slated for SFY 2025 in the plan, but due to the needs of the community and the urgency to replace the structurally deficient bridge, it is anticipated to go to construction earlier than planned when the preconstruction requirements have been met. The CIRB partnership fosters collaboration and coordination between the state and counties to address issues like this one.

In the spring, ODOT received a $10.3 million federal grant to replace 34 structurally-deficient bridges in Grant County. This Competitive Highway Bridge Grant bundles all the bridges into one project, allowing for more to be done with the same dollar amount through innovative contracting practices. These projects appear in the new iteration of the plan to go to bid in SFY 2021.

Many significant projects across the state are new to the plan this year, including:

A more than $2 million project to replace a Kingfisher County bridge that was damaged beyond repair in the 2019 spring floods;
A nearly $4.5 million project to reconstruct a Custer County road that serves as a collector route for I-40 traffic. This project will also improve a railroad crossing; and
A more than $3 million project to replace a one-and-a-half lane, 600-foot-long McCurtain County bridge with a full two-lane structure on a safer alignment to better drivers’ sight distances.
Visit http://www.okladot.state.ok.us/cirb/pdfs/cirb_fy2021-2025_workplan.pdf to see what improvements to expect for your county’s roads, and see what CED you reside in at https://www.occedb.org/.

The CIRB Program was created in 2006 by House Bill 1176 and has proven to be a valuable program to Oklahoma. Since inception, CIRB funds have been involved in nearly $2 billion in construction on the county system. This represents a significant investment to the infrastructure of our state and speaks to the strong partnership between the counties, CEDs, ODOT and many other entities who are involved with bringing this plan to reality each year.

Belford bridge with approaching truck
The more than 2,000-foot-long Belford bridge in Pawnee County is structurally deficient and was load posted to five tons during its most recent bridge inspection. This truck driver was forced to back up and find an alternate route when they saw the load posted signage. The bridge is set to be replaced thanks to the Oklahoma Department of Transportation’s newly updated County Improvements for Roads and Bridges plan for State Fiscal Years 2021-2025, which partners counties together with each other and the state, to better leverage funds to make larger projects possible quicker.

(Editors and News Directors: For more information, call the ODOT Media and Public Relations Division at 405-521-6000.) 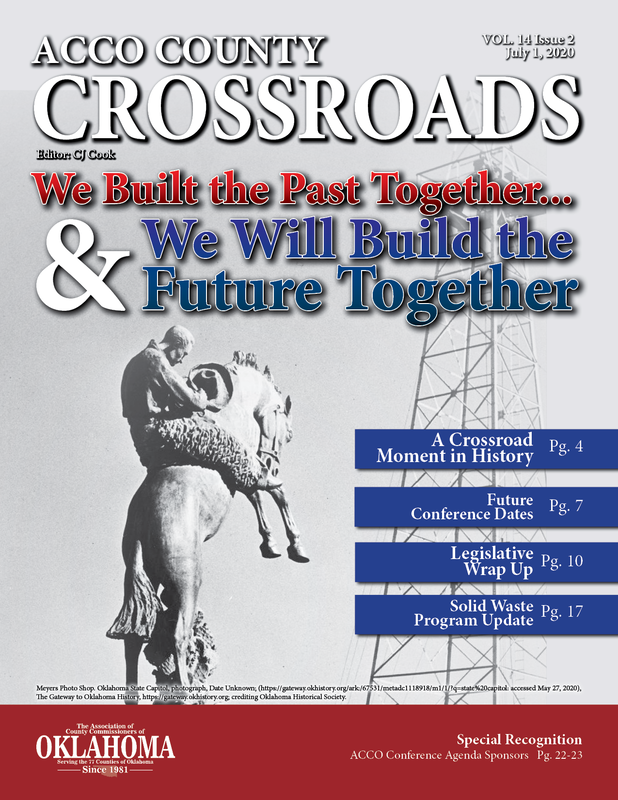 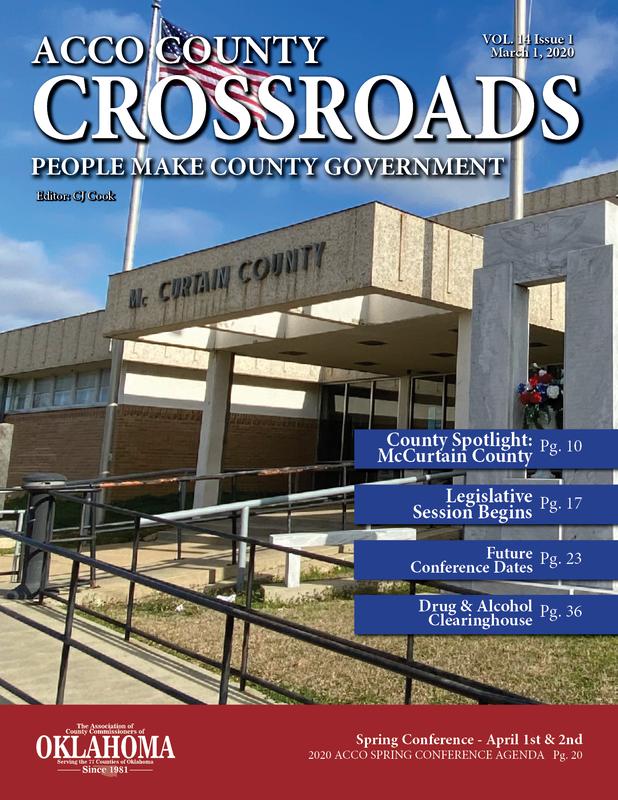 As a follow up to Executive Director Wallace’s previous email, I have included the direct statement from the State of Oklahoma Office of the State Fire Marshal. Continue below to read the statement or use the attached document.

There seems to be some confusion across the state on building plans reviews and permitting. Maybe I can help clear up some of the misconceptions.

Oklahoma state statutes allow for building permits to be issued by cities, towns, and counties. While many cities and towns require building permits, it is much less common for a county to require permits and/or plans reviews.


Oklahoma Statute 74 § 324.11 C states: “…In all geographical areas wherein no such permit is required by local authorities such permit must be obtained from the State Fire Marshal, who may require the submission of plans and specifications covering the proposed construction or alteration, and shall refuse to issue such permit unless the work so planned is in accordance with the applicable provisions of the building code…”

I hope this helps. If the State Fire Marshal’s Office can be of any assistance to you, please do not hesitate to contact us.